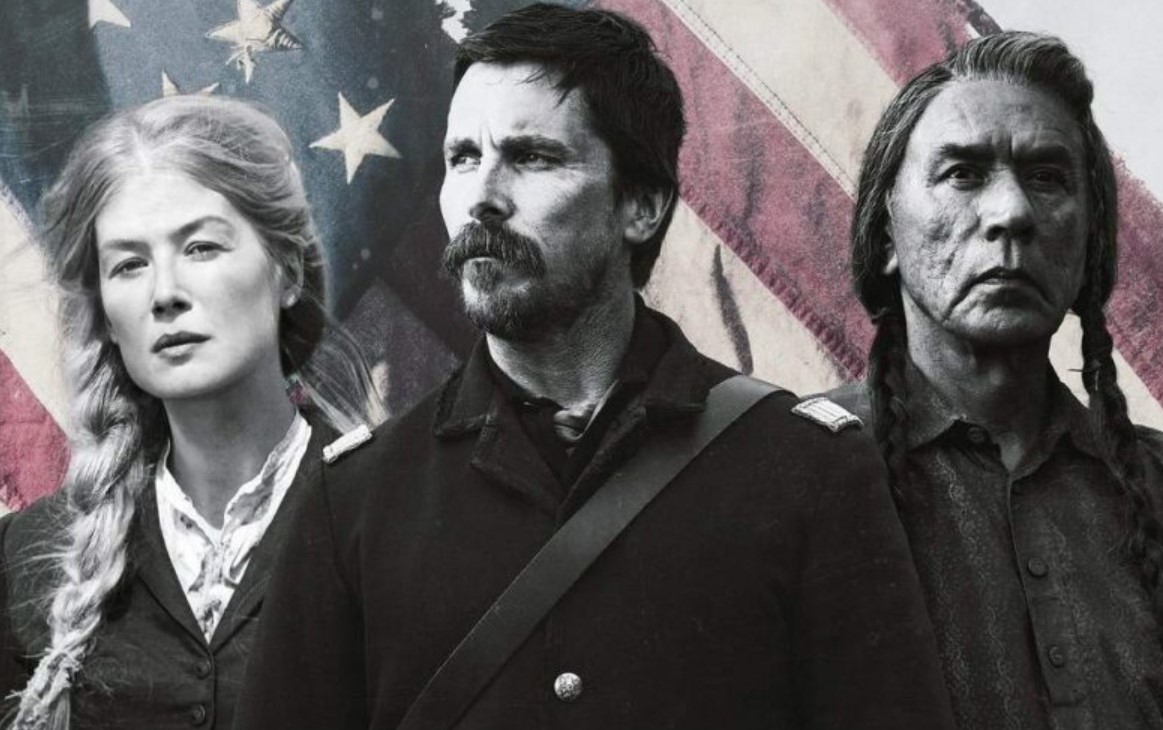 This end-of-the-era western from Crazy Heart filmmaker Scott Cooper has a gritty realism and sad poetry about it. It’s a complex but sweet narrative of blood and dust, portrayed by characters who express themselves most eloquently via gestures rather than words, grappling with the weirdly modern contradictions of frontier mythology. At the end of the Indian Wars, Joseph Blocker is a veteran Captain in the US Cavalry.

Wes Studi, who plays famed Cheyenne Chief Yellow Hawk, is Bale’s polar opposite in the film. Blocker is obliged to accompany the ailing Chief and his family from New Mexico to their homeland in Montana due to increased public scrutiny over Yellow Hawk’s detention. What follows is a tortuous journey into the diseased bowels of colonial/indigenous relations around the turn of the century. But should you watch this Western classic? Read on to find more.

There’s a lot to like about this flick. Aside from cinematographer Masanobu Takayanagi’s stunning, burnished aesthetic, Cooper is supported by a stellar cast, including Christian Bale, Rosamund Pike, Wes Studi, Ben Foster, Scott Wilson, Q’orianka Kilcher, and Timothee Chalamet. Several characters arrive and exit the picture during the course of its sluggish two hours, all of whom are either literally or metaphorically headed towards the eventual goal.

Masanobu Takayanagi, a Japanese cinematographer, portrays the austere beauty of landscapes that range from jagged rocks and hazardous ravines to lush valleys beneath brilliant skies. When it rains, the deluge seeps into your bones and clings to you like wet muck. The sights are enhanced by a sinewy sound design, which is most noticeable during a raid that takes place beneath the canvas, leaving us to hear (rather than see) the unfolding devastation.

3. Stands Up To The Western Genre

Like most of Scott Jason Cooper‘s films, Hostiles has a deep sorrow that defies description. The filmmaker appears only to make the types of films that industry “experts” predict will become less feasible with each passing year. Hostiles are not only unusually bleak for a mainstream film starring a big movie star, but it’s also a Western, a genre that has notoriously gone out of favor with audiences.

Hostiles is a classic western that deconstructs traditional concepts of good guys and bad guys on the American frontier, focusing instead on the poisonous effects of centuries of colonial violence against the continent’s indigenous peoples. The movie has a basic plot where Indians teach lessons to their American invaders. Since this is a Scott Cooper film, the only way for everyone to learn those lessons is through gruesome violence. Hostile is a worthwhile film that deserves to be seen, and it is about time you watched it already.